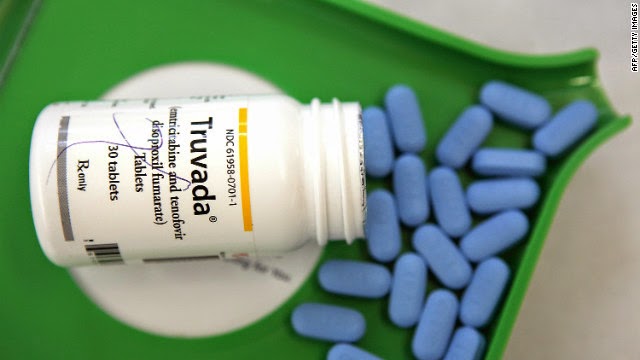 An old drug has reappeared on the market and is stirring controversy and skepticism in members of the gay community, myself included.

Truvada is essentially the morning after pill for gay men who may have forgotten to wrap it up during that anonymous suck and fuck session they got in to the night before.  According to an article by Tim Murphy for New York magazine:

“Truvada is a ten-year old HIV treatment pill that, in 2012, quietly became the first drug approved by the FDA for a new use: HIV prevention.  The drug has the potential to dramatically alter the sexual behavior—and psychology—of a generation.  When taken every day, it’s been shown in a major study to be up to 99% effective.”
So there you go, kids.  No more HIV.  No more AIDS.  Go bareback your little asses off, and finally get out there and start living the fuckery that is gay sex.  But don’t forget your medicine.  If you thought you were fucked hard last night, skip a pill and see what kind of guilt and fear you’ll be dealing with then.  Oh, and that 99% thing might be a little extreme according to these doctors, but hey, no more condoms.  WOOT!

Are we really so condom-phobic in this country, people? 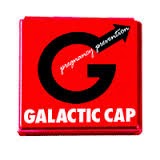 Recently, a new condom has surfaced.  Though it is still awaiting FDA approval, the Galactic Cap is a revolutionary new condom that covers only the head of your dick.  Revolutionary, indeed!  Because the damn thing is attached to a piece of adhesive fixed to the head of your dick.  Oh sure, you can attach the adhesive days in advance for that quickie you want to hump out in the middle of Home Depot or Hobby Lobby.  But who really wants to be walking about with a piece of tape stuck to their cock on that off chance they’ll get laid?  Unless sticky tape is your thing—nobody.

Of course, the problems with Galactic Cap should be self-explanatory.  The majority of your penis is still exposed to skin-on-skin contact.  It may prevent pregnancy.  But that little sock cap for your cock isn’t going to stop the herpes or syphallis or HPV, which, btw, currently affects about 79 million people in the United States.  And guess what gay people…Truvada isn't saving your junk either.  Sure, it may decrease your risk of HIV infection, but it shouldn't be a license to bareback like a couple of sexually depraved monkeys. STIs are a senseless bitch, especially when you’re being all willy-nilly with your dick and ass.


It’s a dangerous road we go down when we begin preaching about an end to sexual responsibility.  Young people are already denied enough sex education without us throwing out condoms altogether.  HIV, like all STIs, is still a very real problem.  Yes, the stigma sucks for the gay community.  I think every gay boy is faced with the question about AIDS as soon as that closet door busts open.  I know I was.  But, while reports out of the United Nations show there are fewer new HIV infections and AIDS related deaths each year, I can’t help but wonder if we don’t have those annoying ass condoms to thank for it.
Posted by Unknown at 2:14 PM No comments: 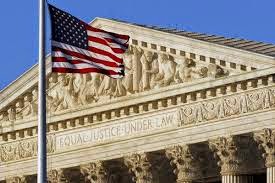 It’s a bad time to have a vagina in America, people.
Last week, the Supreme Court ruled that Hobby Lobby, with their overpriced merchandise and sub-par customer service, was people with thoughts and feelings of their very own.  And because of a deeply held religious belief (spoiler alert: it’s money) they no longer have to provide birth control to their female employees.  They’ll still dole out the Viagra and occasional vasectomy, but let’s face it, guys.  Isn’t it ultimately her job to see she doesn’t get knocked up?  I mean, if the female body isn’t ready for a baby then it’ll just shut the whole thing down with all of its fancy-schmancy vagina magic.  Why would we men need to do shit to our precious, all-mighty god cocks when she has a virtual tri-force of power right there in utero?

Now, I’m not going to rant about the numerous benefits to birth control besides being a contraceptive.  Nor am I going to discuss how Hobby Lobby offered contraception long before big bad Obama Care threatened religiosity and its systematic enslavement of women.  Why would I?  I have a penis and I have never been more thankful for my sex organ than I am today.  And like the Washington Monument stands tall over our nation’s capital, SCOTUS reminded us once again that the law is only as strong as the dick that makes it.

Maybe it’s because I’m seeing so much happen with marriage equality that it is dumbfounding to me that women are still fighting for the right to control their uteruses.  A few years ago, watching a few close friends of mine undergo abortions (shhh…I said it) I realized one crucial and undeniable fact:  I will never know the thought processes which go into that decision.  I am a cisgendered male who identifies with his penis.  I will never experience what it is like to miss a period.  I will never have a fucking period!  Thusly, I will never experience being pregnant, childbirth, breastfeeding...so I have left it up to the authorities:

Ah, but the judicial system does not work in such gray extremes.  It is set up in such a way that five impotent dicks still control the minority of vaginas parading about as if they know a thing or two.  Why else would a group of officials appointed to decipher the United States Constitution decide that a corporation’s religious beliefs trump the individual rights of the women paying for the damn insurance in the first place?

I’m not even going to touch on the aftermath of the ruling.  How buffer zones keeping protestors at bay in front of Planned Parenthoods around the country have since been revoked.  Now protestors can walk right up to a frightened girl exploring her options and spout their hate and venom.  Or how ENDA, a bill that would protect the LGBTQ Community from workplace discrimination, has lost some steam after a number of organizations pulled their backing for it because of some allowance for religious organizations.  Now that corporations are saved by the blood of Jesus, they can discriminate all they want without fear of repercussion from the tyrannical arm of the law that has oppressed their religious beliefs for far too long.

And I’m certainly not going to discuss religion itself.  How it splayed out from our sexuality to the point that the powers that be seized it by the proverbial balls.  Or how, since that first person spoke to God, we have been struggling to identify our sexual identity in a way that best represents the social mores laid out for us, and repressing anything else that doesn’t.  I mean, you don’t hear Jesus going on about sex or contraceptives.  He was our celibate religious figure.  An ancient hieroglyph to which all we have is speculation and a book written millennia ago and rewritten time and again by a number of corrupt individuals.  And if it really is a unanimous focus of Western faith that we control the female reproductive system, where are the Jews and Muslims stepping forward to offer their voice in the movement?  Same god, right?
No sir.  Hobby Lobby and the Supreme Court made it clear that if you have enough money to tote around that heavy ass cross you’re bearing the United States has no choice but to listen to you.  I sure wouldn’t want to be a transgendered Male-to-Female in this day and age because that pussy’s going to bring with it a whole host of problems, as one woman already discovered when she tried to use the bathroom at the Hobby Lobby where she worked.  But hey, at least she’s at Hobby Lobby, right?  All kinds of stuff lying around to whip up a makeshift outhouse to piss and shit in.  And if you have enough material left over maybe you can stitch yourself a chastity belt to avoid some of these, shall we say, female mishaps.

But just you gals.
For those of us with a penis this is our world, right?  Procreation without responsibility.
The American Dream.

Posted by Unknown at 3:22 PM No comments: