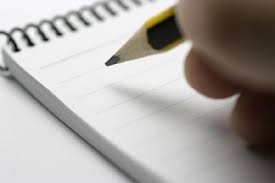 But that is exactly what 19-year old Zach Anderson of South Bend, Indiana is up to these days.  See Zack, like many people do when they want a quick roll in the hay, downloaded a hook-up app last December and met up with a 17-year old girl from Michigan.  Seemed like all was on the up and up, except the girl wasn’t 17.

She was 14—not old enough to fuck quite yet, but just old enough to get poor Zack thrown on a sex-offender’s registry for the next 25 years of his life.

At his trial, both mother and “victim” pleaded with the judge for leniency, but Judge Holier-Than-Thou has had enough of this hookup culture where people seemingly “meet, hook up, have sex, sayonara, totally inappropriate behavior.”

So that’s it, folks.

No more Grindr, Tindr, or other grossly misspelled apps where a fuck is done for funsies.  Too bad a kid with his entire life ahead of him has to suffer until 2040 just so we could see the folly of our ways.

Now don’t get me wrong.  It is absolutely NOT okay for someone over the age of 18 to have sex with a minor.  Except when it is, I guess.  Age of consent laws baffle me.  But this pedophile fear is out of control.  When we’re locking kids up and ruining their lives all because of a Snapchat gone awry or because they were misled by one of these minors we’re protecting, then it is time for a change.

Absolutely not, and I find myself hard pressed to think Zack did anything criminal himself.

Another important point to make about my budding teenage sexuality is that, like every teenager, my brain was underdeveloped when I was 16.  Would be for many more years after that, if science is to be believed—just like Zack’s and countless other “offenders” that made the list.

Please don’t misunderstand—sexual predators DO exist.  Most, if not all, known serial killers were sexually motivated, which is part and parcel the reason we have a list to begin with.  And judging by all those untested rape kits lying about, it seems we have a national crisis on our hands.  And this is by no means an attempt to victim-shame, there’s far too much of that going around as it is.  Rape and sexual abuse are horrible and should be reported.

Allow me to share some info, if you or anyone you know needs help.

But Zack Anderson’s case was never about protecting anything other than a moral agenda—because some no name judge is in Michigan has a problem with all the fuckery he sees going on around him, and is probably pining for a little bit of his own.  Not only does it expose the ass-backwards way we deal with sexual crime in this country, but also how easy it is for a judge, or any other elected official, to play jury and executioner based on their own personal misgivings instead of the law.

Anderson’s case also calls into question the very idea of the list we throw these people on.

Yes, because of the sexual offense registry we can document and account for every known sex offender who’s ever been convicted.  Recidivism rates, or the rates at which offenders fuck up again, are at 2.5%.  And sex offenders not only make up the lowest percentage of the prison system, but are also the least likely to reoffend.  I can’t help but think the list has helped us curb this…at least on paper.

But the list also brands people in a very public way, regardless of the level of the offense.  Every so often the Kokomo Perspective, a local paper where I live, releases an issue with every known sex offender in Howard County, along with photo and last known address, just begging for discrimination from the community.  In Miami, Florida, for example, an entire community of sex offenders and felons has popped up beneath a bridge because employment and housing opportunities are so restrictive they aren’t allowed within 2500 feet of anyplace children gather.

You’ve got your run of the mill pedophile, then your ephebophile, and of course your hebophile, which the documentarian in Are All Men Pedophiles? was on about.  Of course, throughout the movie, you kind of get the feeling he had a particular girl in mind and was defending his own feelings, but I digress.

Researchers like Jesse Bering think there might be some evolutionary basis for why some men find pubescent kids—i.e., hebophiles—sexually attractive.  Bering also believes that, as a society, we need to begin distinguishing between the purported harm of a victim and just…random sex.  According to Bering:

“This better safe than sorry bias is morally rational (it’s designed to protect ourselves or those we care about from harm), but it’s not morally logical (it’s a form of prejudice against someone on the basis of his or her sexual nature, not a decision based on anything the person has actually done.”

I really do love this fucking guy!  Everyone should check out his book Perv: The Sexual Deviant in All of Us.

What Bering is getting at is the harm-factor of the victims of these—other than societal attitudes—otherwise victimless crimes.  Like Zack Anderson and his victim, who probably enjoyed the encounter as much as Zack until…well, you know the rest story.  Zack should have had his day in court, served his time, maybe a little therapy, and then back to life as normal for a KID who hasn’t even really begun life yet, all while a real predator is getting away.

And what about the sex offenders?

The actual true to life DSM-classified pedophiles and rapists?

The ones whose heads we demand thrown on pikes the moment we hear about them abusing a child.  It’s terrible.  Yet, while human trafficking is at an historical high, we treat a symptom with a Band-Aid, ignoring the bigger disease...an epidemic really.  Did you know the Super Bowl is one of the largest human trafficking destinations in the world?  Think about that next Super Bowl Sunday over your chips and salsa.

Zack Anderson had some consensual sex with a minor.  Lapse in judgment?  Sure.  Hookup culture?  Check.  Lawfulness of it?  Not very.  But should he be placed on the list for the next 25 years of his life?  A promising life, I am sure.  A life, if not cut short, at least stripped thin all because of a phone app.

For anyone who wishes to sign the petition to essentially free Zack, you can find that link here.  And follow me on Twitter @Sex_and_Coffee1 if you will.  I'd love to hear from you.  Until next time…

Cheers!
Posted by Unknown at 11:20 AM No comments: