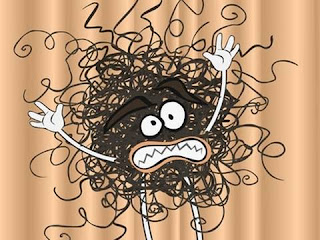 There is a reason that humans developed pubic hair.  Aside from being a visible sign of sexual maturation, pubic hair more than likely added an extra level of protection to our sexy bits that kept the genitals warm and cozy and safe from exposure so that human kind could go on fucking for our survival for millennia to come.  In fact, compared to other mammals, humans tend to be the only ones in the animal kingdom with pubic hair—at least, the short and curly variety.

But something is happening to the short and curlies that nature gave us.  We are lopping our pubes off like a bunch of colonizing deforesters.  And for what?  To look like a kid again?  Are people so ashamed of aging they’re willing to strip every vestige of it from their bodies?  And the trend doesn’t seem to be slowing down. An article for Scientific America outlines two studies which found that among female undergraduates 76% trimmed their bush, and both gay and straight men alike have manscaped at least once (82% and 66% respectively).

Pubic shaving, or depilation, isn’t a new phenomenon.  Especially for women, whose appearances have always been subject to the scrutiny of men.  Ancient Egyptians, Greeks, the Romans, they all viewed a clean-shaven pussy as a mark of beauty.  And since the razor wouldn’t be invented for millennia to come, I can just imagine what kind of living hell that must have been.  Manscaping, as it is, wouldn’t be a social phenomenon for a long, long time.  And to be quite honest:

I’m pissed about it.

Yes, I realize they’re your pubes and you’ll shave if you want to.  And I encourage you all to do just that if it makes you feel better about your crotch—or pits, or legs.  The last thing we need in this country is another loudmouth demanding society conforms to a singular idea of beauty.  But let’s deconstruct the reason everyone is shaving their junk these days.

People tell me all the time it’s more sanitary.  Hair traps sweat and bacteria and we certainly don’t want that.  Except, sweat and bacteria are as natural to humans as, say, body hair.  And nobody’s shaving their heads anytime soon to keep things sanitary.  Instead, we wander into the bathroom and wash our asses.  Soap and water work wonders!  I can’t help but think it’ll do the same for your stank, bacteria-ridden pits too.  Never mind the pheromones—you know, those hormones that get us all randy and in the mood—that we're scraping away with each short and curly that falls to the wayside.

More telling, I think, is that a clean-shaven body is more aesthetically pleasing.  Especially here in the west, where we still purview women and their bodies as political chess pieces.  Men are no different, our bodies and masculinity deemed something to be defended at all costs.  Some researchers believe it is these unrealistic standards that lead men and women alike to do any number of body augmentation, including shaving their pubes.  One study I found compared body hair depilation between sexes, concluding body hair trimming is more of a social construct for women, while men tend to compare their body hair patterns to those of other men and thus make a decision based on what they see and hear within their own social circles.

“Together these findings may further buttress the argument that body depilation is strongly socially normative for women, more so than for men, and that men may engage in greater levels of comparison in order to make decisions about the appearance of their body hair such that a hairless appearance is not yet as normative for men as it is for women.”

It seems almost inescapable, these standards of beauty, that have been shoveled down our throats for so long and make so many of us so susceptible to all the social scrutiny that accompanies them.

Body hair is kind of my fetish.

Not to the point that I need to bury my face in a guy’s hairy chest to get off.  The arousal scale just goes up a notch or two if I see hair there…and everywhere else.  And it’s not like those smooth-shaven twinks out there don't have a lot to offer.  I just mourn the loss of the pubic hair they’ve just barely sprouted before lopping it all off.  Give me an otter, or a cub, or a bear, oh my!  I mean, someone has to stand up against the deforestation of human kind.  I can’t be the only one, right?

Until next time you hairy beasts... 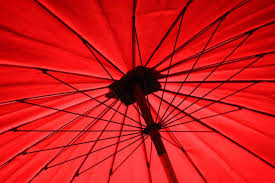 Sex is humanity’s oldest profession.  As much as it sometimes pains our Western minds to conceptualize, as soon as people learned they could fuck we’ve been selling sexy time to make a little bit of cash.  It is still seen today in virtually every form of commercialism.  Apparently, as long as sex furthers the cause of capitalism, it is A-OK.  But let the world find out people are doing actual things with their actual genitals then it’s cause for alarm and, apparently, Homeland Security.

By now, you might have heard about the raid on the Manhattan headquarters for Rentboy.com, a website catering to gay men and their escorts.  The raid, in which NYPD teamed up with Homeland Security and tag-teamed Rentboy, arresting 7 people and confiscating a whole bunch of suspicious-looking boxes, has reopened a national discussion about sex work and the people who both seek and offer it.

This isn’t a new conversation.

It isn’t the first sex work scandal this year.

In April, television network A & E debuted its new reality series 8 Minutes, in which ex-cop-turned-pastor Kevin Brown went undercover as a “john” to convince sex workers to turn away from their jobs in exchange for health care and housing opportunities—all of which are denied sex workers.  The good pastor’s heart must not have been in the right place, however, because the show was cancelled after just eight episodes.  Fitting, I’d say.  And the sex workers he “helped?”  They never received the services they were promised…less than a victory in Jesus, if you ask me.

Sex workers themselves, however, have a rich history of sticking together, as those on the fringe of society often do.  Let’s never forget it was sex workers who were some of the first rioters at the Stonewall Inn, and they tend to be right there in the background whenever a human rights violation happens.

It’s a funny paradigm these civil rights we fight for—those they are afforded to tend to hoard them all to themselves and neglect the meek who stood with them.

Sex work is a multi-billion dollar a year industry that isn’t going anywhere—and it is the least protected.

Because of the nature of sex work, sex workers are at greater risk for violence and criminal activity.  They are denied things such as housing opportunities, proper health care, and fair treatment under the law.  If a sex worker is gay or trans or a person of color, then the world becomes all the more dangerous.  And how do we combat these dangers?  Why, prohibition, of course!  You know, because of prohibition’s historical efficacy.  The truth is prohibition drives a market underground and opens the seedy channels for criminal activity like human trafficking.

In parts of the world where sex work has been decriminalized, governments have made it increasingly more difficult on sex workers and their clients.  Sweden, for example, decriminalized prostitution in 1998, turning the long arm of the law on clients rather than sex workers.  In this Nordic View, sex work of any type is a “form of exploitation and violence against women,” defining even consensual sex as rape.  This makes actual violence and rape more difficult to prosecute as the sex workers involved are already “abused” as defined by the very nature of their jobs.

It doesn’t help, either, when studies like this one out of UCLA surface to say that, overall, people who pay for sex show more signs of being sexually aggressive than those who don’t.  Of course, the researchers’ goal is to end prostitution altogether, something counterproductive to the violence they’re trying to curb.

Yes, violence is a very real aspect of the sex worker experience.  Another study found that more lax prostitution laws actually increased trafficking rates, concluding that the “clandestine nature of both the prostitution and trafficking markets, [make] it difficult, perhaps impossible, to find hard evidence establishing this relationship.”  That’s because there will always be sadistic assholes who cannot be bothered by things such as “legality.”  I’d argue legalized prostitution could, in theory, provide a safe environment for both the trafficked and client to report such abhorrent abuse.

According to sex work activist SWAAY:

Other potential clients on the taboo superhighway are people with disabilities.  As a culture we tend to castrate people with disabilities, viewing them as “asexual” rather than persons with the same cravings for human touch and sexual appetites as the rest of us.  Granted, a disabled person’s resources for sexual pleasure may be limited, especially with spinal cord injuries, but more and more research is beginning to suggest these people are still capable of pleasure and, yes, even mind-blowing orgasms.  In this case, both sex worker and client can be trained in the art of sex play.

“The best scenario is if the disabled person has seen a ‘sexual advocate’ beforehand, someone with whom they can work out exactly what they want, what they need, and how they want the experience to be, as some disabled people (like non-disabled people) cannot think beyond ‘I want sex’, and have expectations that can never be met, so will end up disappointed.”

Sex workers often provide services that exceed the quick rendezvous in some seedy hotel room.  The film, The Sexual Lives of a French Family, paints this portrait all too well when they depict an aged grandfather and widower who seeks out sex workers as a sexual outlet after losing his wife.  Toward the end of his life, my own father had a sex worker friend.  And when he drew his last breath, she was by his side.

Sex work has a face.

It isn’t always pretty, but it is always human.

Last month, Amnesty International—an advocacy group working to secure the human rights of sex workers across the world—voted on a resolution that would eventually develop a policy that would see all aspects of consensual sex work decriminalized.  It’s been slow-going, and there is a long road ahead for sex worker rights.  Especially here in America, where our Puritan roots run deep, that road looks even longer.