More Fetishes of the Strange and Bizarre 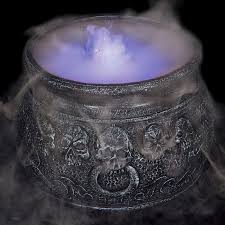 It’s that time of year again, my little newts.  That festive season when people from all walks of life dabble in sexual exploration—whether it be with a sexy new costume, or a freaky fetish behind closed doors, the possibilities are endless.

Halloween brings out an interesting aspect in human sexuality.  Something about masks and make up that make us feel freer with our bodies, our secrets, and our lies.  There is something about the anonymity of it all, something psychologists call “deindividuation.”  In the 70s Edward Diener studied the effects of deindividuation on trick-or-treating school kids as they went door to door.  Observers gave the kids directions to take one piece of candy before scurrying off to spy on the little hooligans as they robbed them blind.  Diener found “Significantly more stealing occurred under conditions of anonymity and in the presence of a group.”  And that may explain why we Americans are more prone to let our sexy inner-demons loose upon the world on Halloween.

Of course, not everything fits into the neat and bubbly package that is socialized sexuality, or even the more mainstream taboo.  And that is why I’ve put together a tasty cauldron just bubbling with some of my favorite freaky fetishes.  So enjoy, my creepie crawlies. 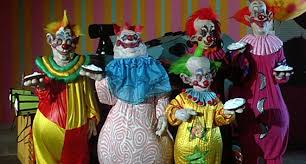 With people all over my Facebook feed freaking out about these supposed clown sightings, I figured this was one to throw out there.  It’s a knee-slapper how a phobia to most people can somehow work itself into the sexual fantasies of others.  Clowns, for example, creep me the hell out.  For many people who hate clowns, it was Stephen King’s It that did it for them.  For me it was Killer Klowns from Outter Space.  Clowns that wrap you in a cocoon of cotton candy and then drink your blood with huge silly straw?

Yet there are people out there who probably watch that movie over and over as their source spank-bank material because clowns do it for them.

It’s called coulrophilia and, while there isn’t a slew of research out there (people aren’t really flocking to tell researchers they’re into fucking clowns), we do have some anecdotal stuff to go by.  Like sex educator Sunny Megatron, whose partner “gets down with the clown,” had this to say:

“It’s not only liberating to completely become someone else, but even more so when that someone is associated with fear, pain, and/or inappropriateness…"sceneing" as a clown is just plain FUN. Clown role-playing doesn’t have to be scary. Sex is so darn serious. It’s the norm in our culture to feel ashamed if you accidentally do something silly while getting it on. As a clown you can embrace that silliness.
Dr. Mark Griffiths also had some things to say about coulrophilia after “stumbling across a forum where a group of people were discussing their respective clown fetishes.”  Griffiths found that:
“On the whole, coulrophilia appears to originate from a young age, mostly male-based, and arguably there appear to have been associative pairings from this young age (between sexual arousal and clowns) resulting in classically conditioned behavioural responses (i.e., sexual attraction to clowns). There also appear to be overlaps with other sexually paraphilic behaviours (i.e., salirophilia in the form of ‘pie fetishes’ and transvestic dressing-up). Also, Halloween appears to be a time that some enjoyed as an annual opportunity to engage in their preferred sexual behaviour.”
The term “creampie” takes on a whole new meaning with coulrophilia.  And while I joke because I am terrified, it is important to note that a clown fetish doesn’t seem too far off from some of our more “mainstream” fetishes, like BDSM or role playing.  Sex in itself is a production.  Why not add a squeaky nose and some floppy shoes to the mix? 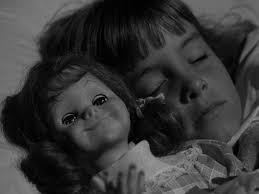 A few weeks back I noticed a group of co-workers huddled around a woman, telling her how creepy her eyes looked.  That’s when I noticed that she was wearing a pair of contacts that made her eyes look doll-like.  You know the dolls I’m talking about.  The creepy ones our grandmothers had with those blazing blue eyes that shut every time you laid them down.  I’ve seen too many horror movies to think those things weren’t playing possum just waiting to slit our throats in our sleep.  Some people, however, are in to dolls, or making and manipulating them.

Agalmatophilia is the sexual arousal to dolls or anything doll-like, and, like all kinks, this one looks different to different people.  Adult toy company Real Doll, for example, has capitalized on the agalmatophilia.  And for the low, low price of $6000 you can own one of your own creepy, full-scale sex doll persons.  The doll fetish goes deeper than sex toys, though.  According to dollification.com, dollification is:

“…the process of evolving, mentally and physically, into a "living doll." Individuals who desire this process-as well as those who are in the midst of the process or have already achieved an end result-may be described as "dolls," and most desire as well to be owned. The parties involved in dollification are referred to as "Owner"and "doll"; this is comparable to a Master/slave or Dom/sub relationship.”
For some, dollification is a means of giving themselves over to a dominant or vice versa.  The dom or top usually finds pleasure in dressing his doll up, while the doll takes pleasure in the ownership and control of it all.  One woman described how erotic it was for her to be made to lay completely inanimate while her partner made her come.  Almost made me wish I was into it!

There are others, however, who find a different appeal to dollification.  “Maskers” are adult men who like to don female masks and sometimes cross-dress.  This one is a little too Leather Face-y for me, but that doesn’t mean it isn’t a legitimate sexual arousal.  Female maskers have been around since the 40s and 50s, according to one “masker.” In an interview with The Atlantic, Kerry goes on to explain:

“I mostly did think about masks when I masturbated.  I never masturbated over naked girls in Playboy or anything like that.”

Joel, who’s spent quite a lot of cash investing in this fetish, has a different reason for masking.  He tells an interviewer when they ask what he gets out of masking:

“I get enjoyment out of it, a sense of escapism out of it…I’m just out to have fun.  And it’s kind of like an extension of another persona within me who wants to come out and have fun.” 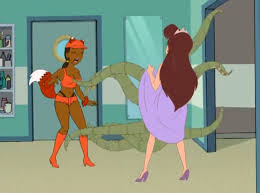