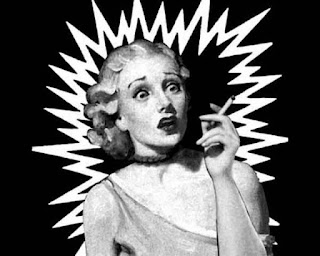 I started smoking pot long before cannabis became the leafy landscape it is today, so by the time I began having sex, weed was already a bit of a staple in my life.  I certainly didn’t need to hit the bong in order to get things started, but I did notice a marked difference in the intensity of the sex when I was high.  As more and more states began moving to legalize or decriminalize pot, companies like Fioria and Bond naturally began cramming it into the sex industry, primarily into our lubes.  Meanwhile, researchers have been dragging their feet examining the effects weed has on our libidos and the sex we have while high.

But does it work?

Does weed make people hornier, or the sex they have better?  The research is already in on the medicinal properties of marijuana, so it stands to reason pot may also affect the ways in which people fuck.  That is why I set out for a bit of investigative blogging to get to the bottom of some of these questions.  But to understand where the marijuana industry is today, we need to begin by taking a look once more at America’s racist, xenophobic roots, and the reason this demon seed is illegal in the first place. 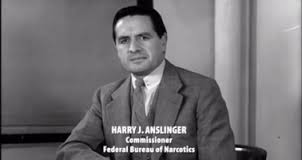 Like cocaine and opiates, weed has a history of medicinal use throughout the world dating back at least to 2800 BCE (Holland, 2010, p. 3), but it wasn’t until American asshole and all-around buzz kill Harry J. Anslinger brought the morality police in the 1930’s that pot became the othering catalyst that led to the disproportionate jailing of Mexican and black men we still see in our prison system today.

Anslinger was the commissioner of the Federal Bureau of Narcotics who, according to Associate Professor of Psychiatry Carl Hart, “saw how he could increase the budget of his department by having this mission, going after marijuana (Hart, 2016).  Anslinger even changed the name cannabis to “marijuana” to give it that foreign sounding name that would frighten already scared white people across the country.  In her book The Pot Book: A Complete Guide to Cannabis, Dr. Julie Holland (2010) explains:

“Mexican migrant workers who smoked it were demonized by his tirades against the ‘loco weed,’ which he insisted would make them insane and dangerous, raping our white women and wreaking violent havoc on us all.  Add to that the Southern black jazz musicians who were known to smoke their mezz, and you have a recipe for xenophobia and racism dictating drug policy (p. 7).” 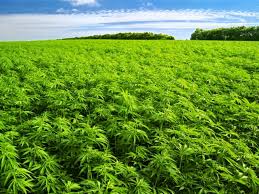 Today, Anslinger’s grip on American morality has loosened.  Four states and the District of Columbia have legalized recreational smoking while 24 others have legalized medicinal marijuana or, at least, decriminalized recreational use.  The affects of THC—the active component in weed that gets us stoned—has a visible affect on everything from anxiety to cancer.  Most recently, researchers have found cannabidiol (CBD), one of the active ingredients in the weed plant, may have a greater affect on medicinal use primarily because of its versatility (it can be distributed intraveneously), and it doesn’t get you high, which means children with chronic illness can have it prescribed without getting the munchies later (Gupta, 2015).

This somewhat natural tendency for us to reach for a bag whenever we’re not feeling well shouldn’t come as much of a surprise.  Humans have evolved to get high in order to blunt pain.  Endocannabinoids are neurotransmitters in the brain where THC attaches itself.  It causes a flood of dopamine in the prefrontal cortex that makes us feel happy, relaxed, and can block pain receptors.  Dr. John Ratey (2008), however, explains that these receptors didn’t evolve for us to enjoy some green once in a while, but to act as our body’s “extra-strength asprin (p. 183).”

Ever hear of runner’s high?  That euphoric feeling some runners get after finishing a marathon?  As it turns out, various things can activate those same receptors in our brains that causes runner’s high including weed, chocolate, and strenuous exercise…like, you guessed it, sex .  If you have ever fucked so long that you feel like you’re glowing afterward, you’ll know what I’m talking about.  Except exercise doesn’t always activate these neurotransmitters, at least not like an old-fashioned toke will, which is probably why, as Dr. Lester Grinspoon (2010) explains in the into to The Pot Book, smoking remains the “gold standard” for medicinal and recreational use.

And since sex is so pathologized in this country it should also come as no surprise more researchers are looking into the ways in which weed affects our sex lives.  Meanwhile, commercial companies are using sex to try and get us, or, at least, our crotches, stoned. 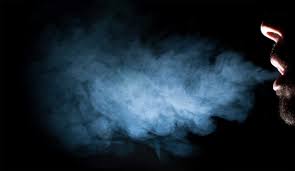 People have been getting high and fucking as long as either have existed, but it wasn’t until recent years research began looking at the way marijuana affects the way we have sex.  Medicines like Viagra or Cialis have long existed to give men those raging boners Americans have come to (unrealistically) expect from penis-bearing individuals, yet women have fewer options, at least none that don’t come prepackaged with a host of side effects.  That’s why more and more research has begun looking at ways to make women come faster or to increase their libidos, or any number of other ways we as a culture have pathologized female sexuality.  Why not weed, too?

A study released last year in the Archives of Sexual Behavior compared the effects of alcohol versus weed on the sex lives of a small sample of 24 heterosexual adults.  As anyone who has ever worn beer goggles might expect, participants didn’t have a very good time on booze.  Weed on the other hand tended to increase peoples’ body image, social bonding experiences, and the sex?  Mind-blowing!  Participants described magnified orgasms, more sensitivity both personally and with their partners, and even kinkier sex like foot play and rimjobs.  Interestingly, researchers also found the taboos that still exist around marijuana consumption may have played a role in some of this fuckery.  From the article:

“In fact, the ‘taboo’ or ‘forbiddeness’ of use being illegal appeared to have facilitated sexual interactions when using marijuana with another individual in private—and both males and females reported asking someone of the opposite sex to come smoke marijuana in order to help facilitate a potential intimate encounter (Palamar, et al, 2016).”

Meanwhile, lube companies have been working on getting peoples’ pussies high for years.  More and more headlines are raving about weed-infused lubricants like Fioria, especially around 4/20, and now recipes are surfacing online on how to make your own weed lube.  Can we say life hack?  As Lena Davidson, marketing director for botanicaSEATTLE, explained in a 2015 article for The Stranger:

“THC is absorbed through the mucous membranes that are in high concentrations in a woman's vagina. Once applied and absorbed, THC acts locally on the cannabinoid receptors, much like an edible. Functionally, the THC dilates the capillaries and increases blood flow in the smallest blood vessels in our body—this enhanced microcirculation magnifies sensitivity and sensation."

The article goes on to describe the “sensation” as less of a head or body high, as one might get from smoking pot, and more of a “localized” feeling.

But does it work?

That’s the question that kept nagging at me last year when I was looking into this market, reading testimonials and product labels.  Testimonials aren’t the same as talking to somebody I know and trust who has actually tried one of these lubes.  So I reached out to a friend of mine who happens to work at a dispensary to see what he thought.

“I don’t use anything else now.  It helps last longer but gives better sensitivity, and it’s also edible so you can get a buzz sucking a lubricated dick.”

Still unconvinced, I decided to find an expert in the field of cannabis oils to get their take on this whole smoking vagina/asshole phenomenon.  As it turns out, weed-infused lubes may just be bullshit—his words, not mine.  John, who asked I withhold his real name because he’s since gotten out of the sex market, said that more than likely the “high” people feel when using these products is psychosomatic, something akin to the placebo effect.  He went on to explain that, in his controlled setting, the amount of THC infused into the lube was rarely enough to get people stoned but was enough—and here’s the kick to your high-ass pussy—to fail a drug screen.  John went on to warn that when using these products to be mindful of any discomfort or burning in or around your nether-regions, because they weren’t necessarily meant to go there.  Furthermore, if you still insist on getting your pussy high John suggests looking for more organic products, especially those CDB products with coconut oil.

All in all, the jury is still out on weed lubes.  Despite all the articles and testimonials, it may just all be a smoke screen.  (But if any of you lovely readers have experiences with any of these products, I’d love to read about them in the comments!)  As it stands, though, it seems the best way for weed to work its medicinal magic is still the old fashioned way—by taking one to the head.

Speaking of which cough cough I’m feeling a little under the weather myself.  So until next time my hemp seed harlots…